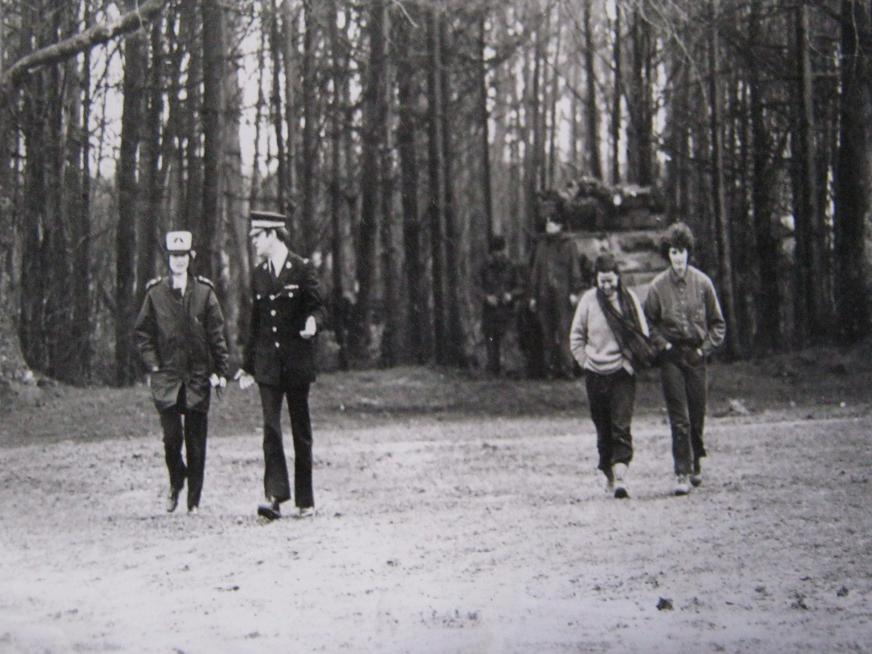 Salisbury Plain mid 1980s.  Left to right MDPs, Patricia and Me, squaddies in the background guarding their tank and a Cruise Missile convoy.  The Russians would never spot it in this copse.

I lived at Greenham Common between 1984 and 1987 and continued to stay at Blue Gate until the North Side camps shut in 1993. The Local Authority paid my grant when I left to go to University in 1987.  I remained on the electoral role at Greenham Common Women's Peace Camp until 1993.

This website is an attempt to get the stacks of paper - diaries, newspaper cuttings, leaflets, newsletters, pamphlets, maps, photos and of course piles of charge sheets - out of their boxes and files and available for anyone interested.  It is also some of the detail behind the book Righteous Anger: One woman's action for peace 1983-1993, foreword by Clare Short by Juley Howard with Faith Moulin.  Juley Howard. 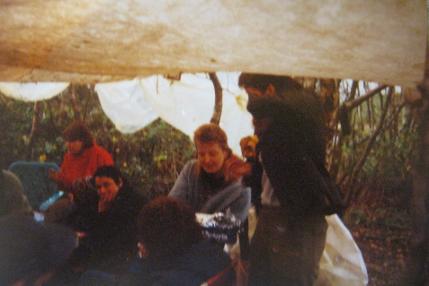 Above, around the fire at Orange gate, 1984.  To the right, inside the base at Yellow Gate around the same time. 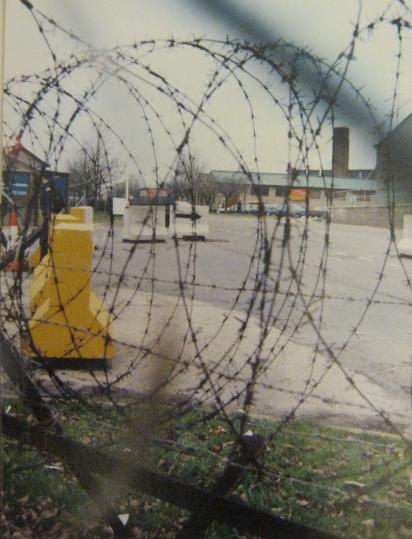